India Gave Zero, Now Time to Have a Hero 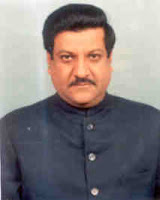 India Gave Zero,
Now Time to
Have a Hero

Indians tom-tom about its great mathematicians namely Aryabhatt (476-550), Brahmgupta (598-668), Madhav (14th century) and Srinivas Ramanujam (20th century), but the current educational and research system in the country is patently incapable of producing even one world class mathematician in India.

Not a single Indian, working in India or abroad, so far has been able to win Fields Medal, equivalent to Nobel Prize. Though there is great expectation that during the International Congress of Mathematicians to be held in Hyderabad late August this year, at least one Indian would join the rank of Fields Medalists.

Will this Indian be the one working in India? No. Understanding among mathematical community is that one of the three well-known mathematical researchers currently in the US may be adorned with this most prestigious award.

Why India does not produce good mathematicians? Research in mathematic does not require costly equipments like $ 10 billion Large Hadron Collider. Mathematical research needs a culture of marathon hard work and recognition of excellence rather than leg-pulling. Prithivraj Chavan, the Minister of Science & Technology claims he is well aware of the problem and dropped a hint Wednesday that the Government may announce an International Center for Mathematical Research.

Chavan told media persons that not having enough number of good mathematicians was a great worry for us, but since there had not been great career opportunity for mathematicians and there had been peer pressure and parental pressure, the brightest students never took mathematics as an area of study. Confident is Prithivraj Chavan, that the INSPIRE, a Department of Science & Technology (DST) program would change all that. As a drop in the ocean the DST has planned 250 INSPIRE Scholarships for M.Sc. and 15 Fellowships for doctoral research in Mathematics.

There more disturbing things. India is dubbed an IT Super Power, but if one counts the number of Computer Science Phds it produces, it is pitiable 30-40 a year where as China produces 3000-4000. So what surprise if China can steal your defence data from government files. Dr M S Raghunathan , a renowned mathematician of the Tata Institute of Fundamental Research says the number of Phds in Mathematics is definitely more but their quality is questionable.

How can India in such a situation produce world class mathematicians?
Posted by VINOD VARSHNEY at Wednesday, March 31, 2010 2 comments:

India is facing a leadership crisis and the new quality leadership will emerge from among the young people. If India does not have today the desired kind of leaders, then it is the people to blame rather than leaders, says Dr Sanjiv Chopra, the Professor of Medicine, Harvard Medical School while giving a lecture Saturday on “Leadership for the 21st Century—Ten tenets of Leadership “ at Delhi’s prestigious Maulana Azad Medical College.

Asked to comment on the quality of Indian leadership, he skillfully avoided the trap, and said in a lighter vein, “I may be dispossessed of my passport if I shall speak on Indian political leaders”, but quickly added that the crisis of leadership was everywhere in the world and if India wanted better leaders than people should demand greater integrity and transparency.

He opined in answer to a question that there was a difference between a great man and a great leader. A great man may live by himself, but a great leader inspires others. A leader should have a vision and he should walk the path which can inspire people.

Vision is Important
According to Dr Chopra for a leader vision is very important. He quotes Solomon who said, “Where there is no vision, people perish.” Mahatma Gandhi was thus a great leader who in 1930 went on a Salt March and walked some 360 kilometers to reach sea coast to break the law by making salt. This visionary action inspired millions of Indians to dream freedom.

But when Dr Sanjiv asked the audience approximately 300 comprising MAMC faculty, medical students and city doctors to name some great leaders, surprisingly the names thrown up included Hitler among Lord Krishna and Gandhi. He later explained how Hitler, a fiery orator commanding great following was not a leader, but a negative leader who wreaked immense destruction and propagated hatred.

He encouraged the audience by saying every one of us has a leader hidden within us, but some very negative jolting moment in life prompts persons to chart a different path. For example Gandhi was thrown out of the railway compartment in spite of having a proper ticket and he decided to fight apartheid. Buddha was afflicted with the thought the world was full of sorrow and he set out in search of the truth. He gave example of his friend Papa Jaime who was shocked at the death of a seven year old beautiful girl.

Leaders Are Not Born
Leaders are not born, reacted Dr Chopra to a question; they become one, if they have some essential traits. Dr Chopra defined these traits: To become a leader a person should be a patient listener. He should listen to the ideas, needs and aspirations of the followers. He should have empathy and compassion. He quoted great spiritual leader Dalai Lama, “Be kind wherever possible and it is always possible.”He should be courageous because it is the quality that guarantees all others. He should dream big and have a sense of purpose. Other desired traits are he live with humility, have integrity and recognize that people are the most important assets. Last, but not the least he should have perseverance as leadership is a marathon, not a sprint.
The lecture was organized jointly by e Medinews, Heart Care Foundation of India, Delhi Medical Council, Delhi Medical Association, Maulana Azad Medical College and World Fellowship of Religions. The session was chaired by Padm Shree Dr K K Agrawal.
Posted by VINOD VARSHNEY at Sunday, March 21, 2010 4 comments: