The Great Maths Show By Women


Only recently women have started asserting their place in the field of mathematics which has been reflecting in girls achieving notable success in the International Math Olympiad. During last twenty five years many girls have almost reached up to the top, remained behind just by a whisker.


Hyderabad women conference would not only raise the self esteem of women mathematicians, but also bring forth some issues which keep women laggards in this field. It is said no women could get Fields Medal, considered as good as Nobel Prize, because it is given to mathematicians who are under forty years.


Since women also have to have children and look after them before 40, this award becomes non-existent for them.

Need to Encourage Girls in Maths

A great need is being felt that girls be encouraged to opt mathematics as a career and research option. If this happens then within a decade perhaps some woman may be able to win Fields medal. Recently the Abel prize has been introduced which is also considered as important as Nobel Prize. Only nine mathematicians have won this so far, but no woman.


No Indian man also has won any of these two most prestigious awards given for great research in mathematics. This raises a question if ever the situation would change in India. Everybody knows that quality research does not take place in India. Indian Universities even do not care to update their curriculum for decades. Bright students remain far behind because of this callousness of Indian academicians. So much so teachers in Delhi University are unashamedly fighting against even introduction of semester system.

We Had Ramanujan Once

Average Indians feel proud only in telling that we had once Ramanujan whose problems no mathematician in the world has been able to solve so far rather than solve them themselves if this is a great mathematical issue.


It is great that International Conference of Women Mathematicians is taking place in India. It is the  European Women in Mathematics that had taken initiative in this matter. Prof (Ms) Shobha Madan of IIT-Kanpur is championing the cause in India.


In India we had last year seen a national conference of women mathematicians at the Jawahar Lal Nehru University, Delhi. But it had mixed attendance, almost equal number of men mathematicians. The Hyderabad conference is expected to be truly a women show on a grand scale.

The job of activating women mathematicians around the globe started much earlier by forming the Association for Women in Mathematics in 1971. An American Indian Bhama Srinivasan also had been its President during 1981-83. Bhama Srinivasan, born and grew up in Chennai, got the spark from her grandfather who was an amateur practitioner of mathematics.

More by the Same Author: 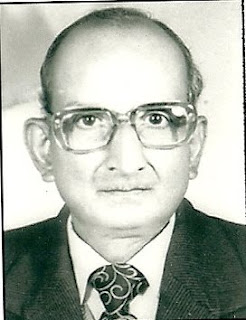 India Gave Much
More Than Zero
Writes Vinod Varshney
India not only gave the concept of zero to the world, but influenced many foreign mathematical traditions by its disocoveries. Much was not known until Radha Charan Gupta proved this by his immaculate research.
For his pioneering work he will be honoured at the International Congress of Mathematicians being held in Hyderabad during August 19-27, 2010. He is the first Indian to get this distinction--Kenneth O. May Prize.
Radha Charan Gupta, currently engaged in extensive research work at Ganita Bharati Institute in his native city Jhansi (Uttar Pradesh, India). It has been acknowledged that no scholar in the twentieth century has done more to advance widespread understanding of the development of Indian mathematics.
Gupta Expounded Cosmological Theories Also
He skillfully analyzed many unknown ingenious mathematical formulas in Sanskrit. He published several papers on the remarkable mathematical discoveries of the Jaina tradition, many of which had been almost inaccessible to anyone except specialists in Prakrit (an ancient Indian language). He also expounded many Jaina, Buddhist or Hindu cosmological theories.
Prof. Gupta's major contributions include work on the history of development of trigonometry in India. He had been the President of the Association of Mathematics Teachers of India since 1994 until recently. He also founded the journal Ganita Bharati.
Radha Charan Gupta was the gold medalist in the M.Sc. mathematics examination at Lucknow in 1957, and earned a Ph.D. in the history of mathematics from Ranchi University in 1971. He became a professor of mathematics at Birla Institute of Technology, Ranchi in 1982.
Why Indians Do Not Get Felds Medal ?
Mr Gupta's research work is a superb example of objectivity. He maintains, “ Different cultures, including the Indian, have contributed immensely in the development of mathematical knowledge, and it should be recognized by all.” 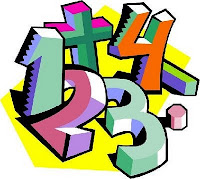 Many would be surprized to know that he contributed some 500 original international grade research articles, yet even today he does not use any modern amenity like computer and internet. Considering his working conditions, his contribution is even more creditable.
Gupta Period Was the Golden Period for Indian Maths
“Indian mathematics grew maximum in the Gupta Period, dubbed as Golden Period of India, and many great names like Aryabhat and Bhaskaracharya emerged. Later for a few centuries there was lull, but again between 14th and 17th century Indian Mathematics grew in South India and such great names as Madhav and Neelkanth emerged, whose contributions have much connection with modern mathematics.”, told Prof Gupta in reply to a question.
He said, “There is no dearth of talent in India, but working environment here is peculiar and the one who protected oneself from this, could contribute something. This is the main reason why any Indian so far could not get the Felds Medal, considered as the Nobel Prize in mathematics."
Posted by VINOD VARSHNEY at Friday, July 09, 2010 4 comments: